The Kenmore Fire Department was established in 1903. The original Fire Hall shared space with the Village offices at 2831 Delaware Avenue, near Warren Avenue.  The building was purchased for $2,285 by Jacob B. Rickert.  The first chief was Frank C. Stillwell.

A bell, located in the belfry of the Methodist Church served as the original fire alarm for the Village.  In 1904 the Village Board authorized the purchase of its own bell, which sounded alarms until 1917.  This bell is now located at 16 Nash Road and serves as a reminder of the Fire Department’s history.  Later an electric alarm system was installed which consisted of twelve boxes located in various sections of the Village.  This system enabled all alarms to sound when any one alarm was activated.  An air blast alarm system was initiated in 1934 and was utilized until 1981.  Kenmore was the first Tonawanda fire department to utilize home receivers. 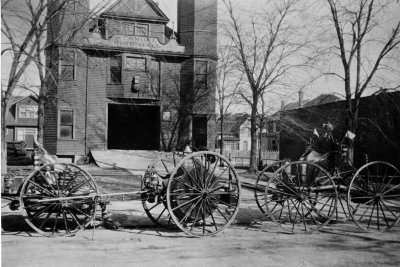 There have been two firefighters who have lost their lives in the line of duty to the Kenmore Fire Department.  These men will always be remembered for their service and dedication to this community.

For an extended history of the KVFD, please Click Here 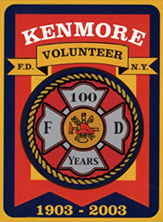